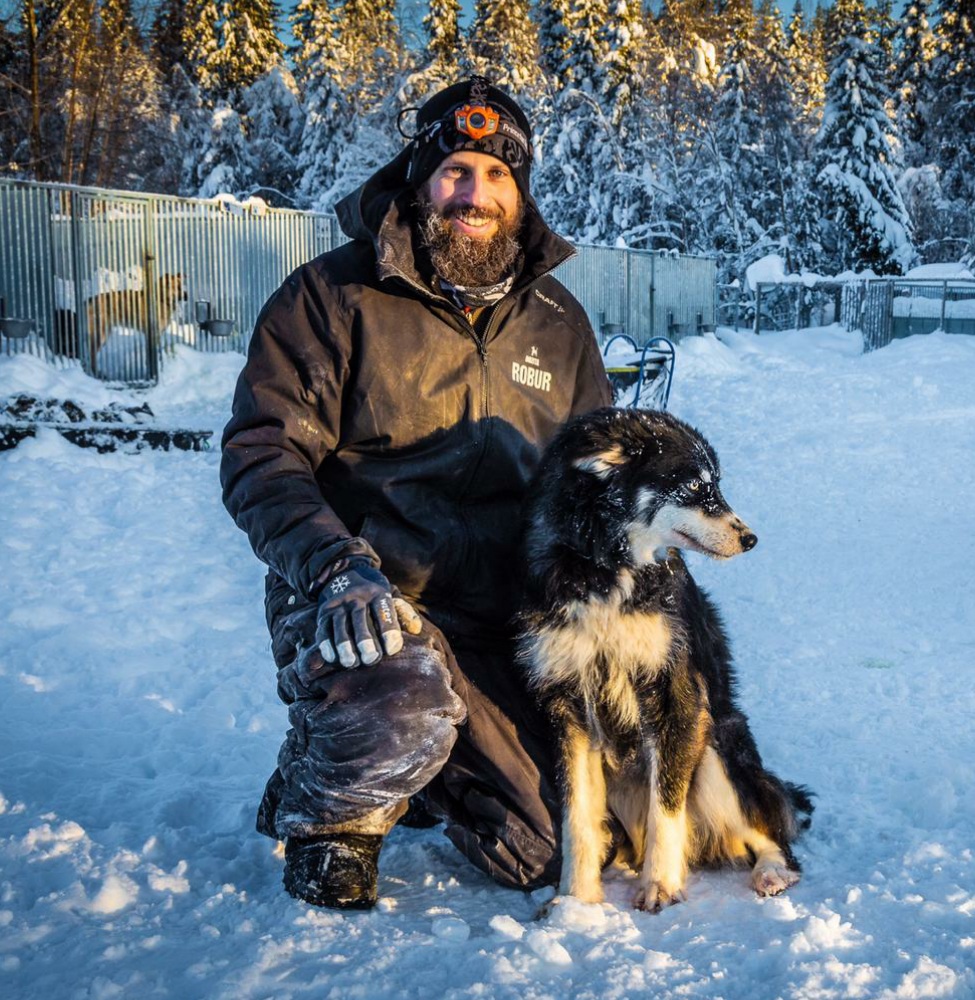 Matthias is originally from Switzerland and has been working at our Kennel since 2019. He got his first taste of mushing in 2016 in Alaska while taking a tour at the Kennel of Iditarod Mushers Monica Zappa and Tim Osmar. He fell in love with the mushing lifestyle and in the following winters returned to Alaska a few times to help Monica and Tim train their dogs and even competed in two races there.

He joined Team Petter Karlsson in November 2019 as a full time tour guide, but was always very interested in the racing part of the operation, and his biggest moment yet came in January 2021 when he drove the B-Team in the 320km Mettsjöviddafjäll Race and beat Petter by 5 minutes. He is mostly focused on training, racing and expeditions, but occasionally still guides some of the tours.