From the 8 teams that started out on the 580km expedition on Thursday 25th of March 2021, 5 teams got back home 3 days and some hours later on Sunday, while the rest had to scratch either in Vuoggatjålme or Ammarnäs. But in the end all the dogs and mushers participating had a great time and got back home safe and healthy. The expedition can be considered successful, as we learned a lot about the trail, the area and the mountains we plan on puting up a real race next winter, but also a lot about ourselves and our dog teams.

As one could expect when driving through the mountains for 580km, the teams encountered all kinds of different weather. From blue skies and sun to snow storms to rain there was something for every taste, and besides wet gear mushers also brought home sunburns in their faces. The temperatures were rather warm for this time of the year, so teams had to deal with overflow on lakes and rivers and very wet and soft snow on parts of the expedition. But once the night came and temperatures droped the trails froze and got fast, so some teams tried to adjust their run/rest schedule to be driving as much as possible in the night with colder temperatures and better trails.

From Slussfors the trail went over some mountains to Vuoggatjålme, from there a big loop up north and then back the same way. While the first mountain between Slussfors and Ammarnäs was rather small, it had some tricky downhills that were a lot of work to drive with a fresh team. After Ammarnäs the first big mountain followed and then a long and cold drive along Laisälven river. From there the highest mountain followed and four teams decided to rest for an hour or two half way up and enjoy a nice breakfast in the morning sun. On top of the mountain it felt like a real expediton for the first time, with all teams traveling close together through snow formations that looked like straight out of antarctica. After that mountain was conquered another drive along a river and another mountain followed before teams reached Vuoggatjålme. The teams got a nice rest there and then headed for another high mountain, reaching it just when it was getting dark. Up there there was no marked trail and no tracks to follow, so teams had to navigate with their GPS trough the dark and strong winds. From there the loop lead them along frozen lakes and you guessed it, more mountains. Winds were strong in some places but the views were great as well, so the teams were still in good spirits. After resting in Vuoggatjålme again, the teams drove back the same way they came from, but warm temperatures made punchy and slow trails in the valleys while fresh snow and wind wiped out all the trails over the mountains. Petter Karlsson, founder of the Expedition, said that the trail was tougher and had more mountains than expected, but he enjoyed the challenge.

From the 5 teams that finished all of them did a great job and came back with great looking teams, so there was no clear best explorer. It was decided to make a drawing so all 5 teams would have a chance for the sled, and Luka Music was the lucky winner. Congratulations Luka! He works as a handler for Petter Karlsson and was driving the yearling team in this expedion. He managed the team very well and was back home as the third team, only behind the two other PK Sleddogs teams, so he well deserved the Axaeco Best Explorer Award and the new Kungen Sled that comes with it!

At the end Petter Karlsson said that he plans on making this expedition into a race for next year. There will be a few things that will change, but many things already worked well and can be kept for the future. Even when it becomes a race Petter wants to keep the expedition aspect of it. Long distances between the checkpoints so teams will have to camp on the trail, a restart somewhere along the way so teams can take the first part very easy and mushers can enjoy some great runs and again traveling on some unmarked trails where mushers have to use their GPS and the ability to find their way through the mountains will be part of it. Most likely the mandatory gear list will be a bit extended and there will be also checks to the mandatory gear along the way to ensure everyone carries everything needed to stay safe out in the mountains even during bad weather conditions.

Such an event is not possible without many people helping in many ways, and we would like to thank everyone that helped out in any way to make this event possible! Special thanks go out to our sponsors Bozita Robur and Axaeco, without them it would not have been possible! We would also like to thank Annette Kriller and Philipe Travadon for their veterinary servives. Thanks to Experience Arjeplog for helping with trails and for providing a snowmobile in Vuoggathålme. Thanks also to Rolf Gerber, Dave King, Lars Hoffmann, Isabelle Travadon, Ester Jahns, Stine Bödker, Mariebelle Sirvent and Catti Juliaguette for your help in the checkpoints or along the trail.  Thank you Javier Marven for taking so many amazing pictures and sharing them with us. 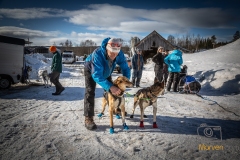 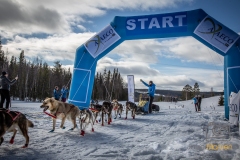 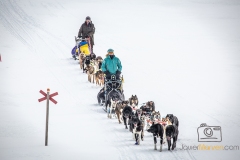 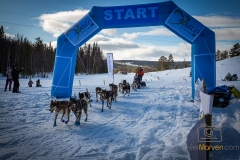 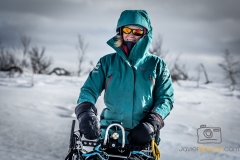 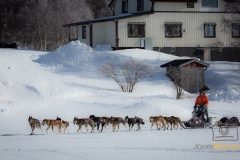 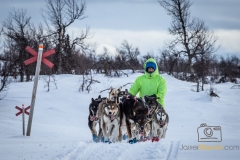 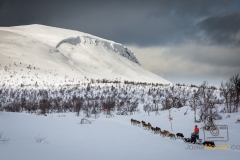 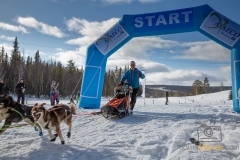 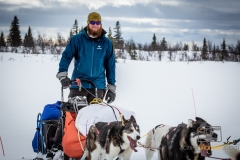 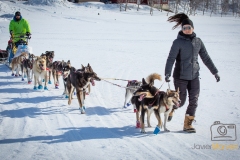 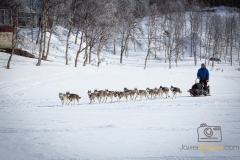 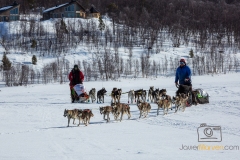 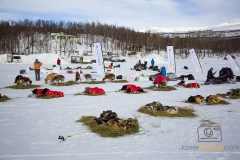 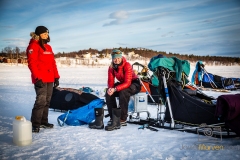 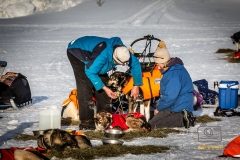 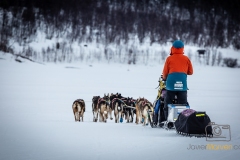 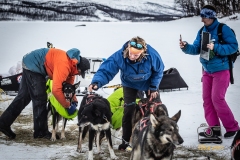 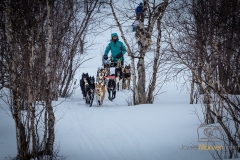 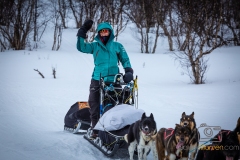 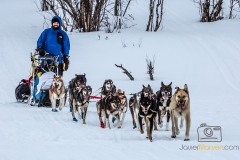 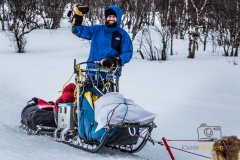 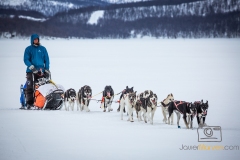 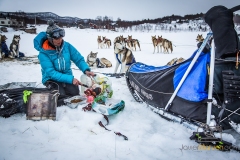