The Metsjövidda fjäll Race is a 320km race that starts right here in and around our Kennel. Usually it is a training race to prepare our and others teams for the upcomming races of the season, but with all other big races cancelled this year, the Metsjövidda fjäll Race was the main event. Due to bad snow and ice conditions it had to be moved several times, and with a big snowstorm just days before the race took place Petter and his helpers were out long hours every day before to prepare the 320km trails for the race. But the work was worth it and the 6 participants of this year found a really well prepared race trail to finally start the race on January 28th.

On the first day the teams started out at 9 in the morning and made their way over the mountains to the first small checkpoint after 60km. Now the different strategies started to play out and while some took a longer or shorter rest at the shore of Överstjuktan lake, two teams moved on and rested on the trail on the way to the Danasjö 1 checkpoint that came 120km into the race. While Daniel Juillaguet was the first one to arrive in Danasjö, Petter Karlsson was the first one out of the checkpoint, not taking a rest there and only restocking supplies and having some dogs checked out by the veterinarian. Petter drove the 80km loop from Danasjö back to Danasjö with no stop in between and was the first one to the Danasjö 2 checkpoint, followed by Matthias Schärer 17 Minutes later.

After resting for about 3h when Petter went into the checkpoint to use the bathroom, Matthias Schärer, himself a handler of Petter and driving his B-Team, pulled a move and left the checkpoint much to the surprise of everyone. When Petter came back out he only saw the team of Matthias fading away into the darkness and all at a sudden found himself not in the driver seat of the race anymore, but very excited about a real race unfolding.

Petter took the time to prepare his team and gave Matthias a 30min lead he was sure to catch up with his strong team, but after he left the checkpoint he realized one of his dogs was not performing well and had to turn around to leave the dog behind in the care of his handlers, and now he was 41min behind the leader who was well on the way to the finish line 120km away. Both mushers knew they had to work hard if they wanted to win, and they tirelessly run and kicked and helped their teams as much as they could to gain advantage over the other team.

Sprint to the finish line

With temperatures in some spots down to -30 Celsius, great trails, the best dogs in the world, perfect weather and a speed battle between the two race leaders all the way to the finish line it was the stuff mushers dreams are made out of. About 30km from the finish line where the trails came down from the mountains and crossed a road, some spectators cheered on the two mushers and also clocked the teams, and Matthias still had an 8min lead on Petter. From there on it was mostly flat terrain to the finish line, and while Petters team was stronger and was going a bit faster, Matthias worked as hard as he could to help his team stay ahead.

When they got to the finish line Matthias was still 5 Minutes ahead of Petter and became the first Musher that is not Petter Karlsson to win this prestigious race. With a total time of 31h 11min he also put down a new speed record for this trail. After the race Matthias was quick to point out that while it was a fun race and an honor to beat his own boss, without the constant support from Petter before and even during the race it would not have been possible. He said even during the race Petter was sharing his knowledge with him and after he took the lead, Petter called him to share what he would do if he were in his position.

About 4h after the new and the old champion Malin Strid made it to the finish line, followed directly by Daniel Juillaguet. Jörn Johannesen finished the race with a good looking team in the next morning.

We would like to thank Petter and his helpers (Rolf, Jonatan and Lars Johan) for once again putting in a great trail for the race. Thank you also to Angela, Markus and Hanna for running the Danasjö Checkpoint and organizing everything around the race. Thank you to José for making the way from Spain to check and treat our dogs and be our trusted race vet not only this year but every year! And a big thank you to Javier Marven for taking some amazing pictures. There were also many more people involved with the race in smaller and bigger roles, and we would also like to thank all of them for making this a success. Of course also thank you to all the spectators that cheered on the mushers along the way and making it a fun and exciting experience for everyone! 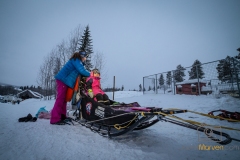 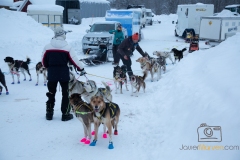 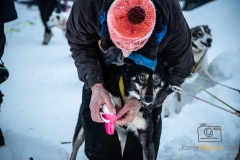 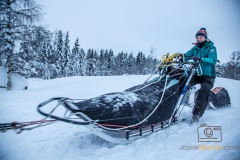 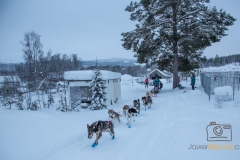 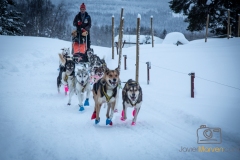 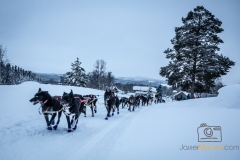 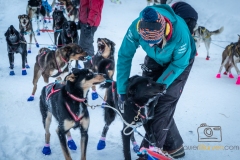 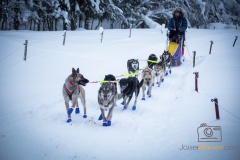 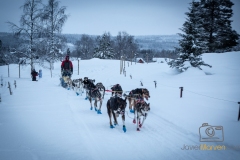 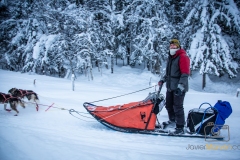 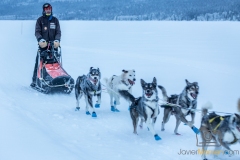 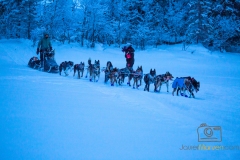 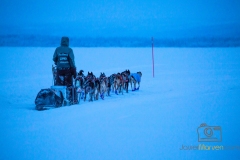 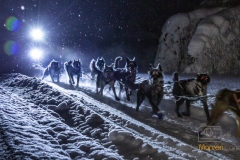 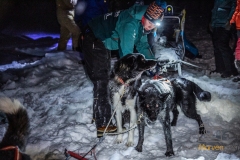 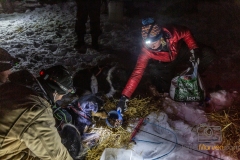 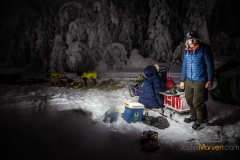 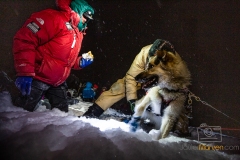 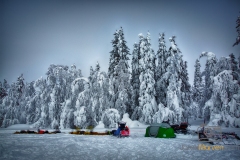 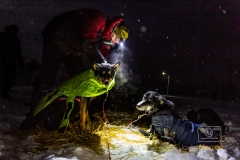 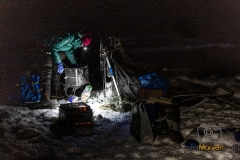 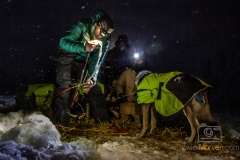