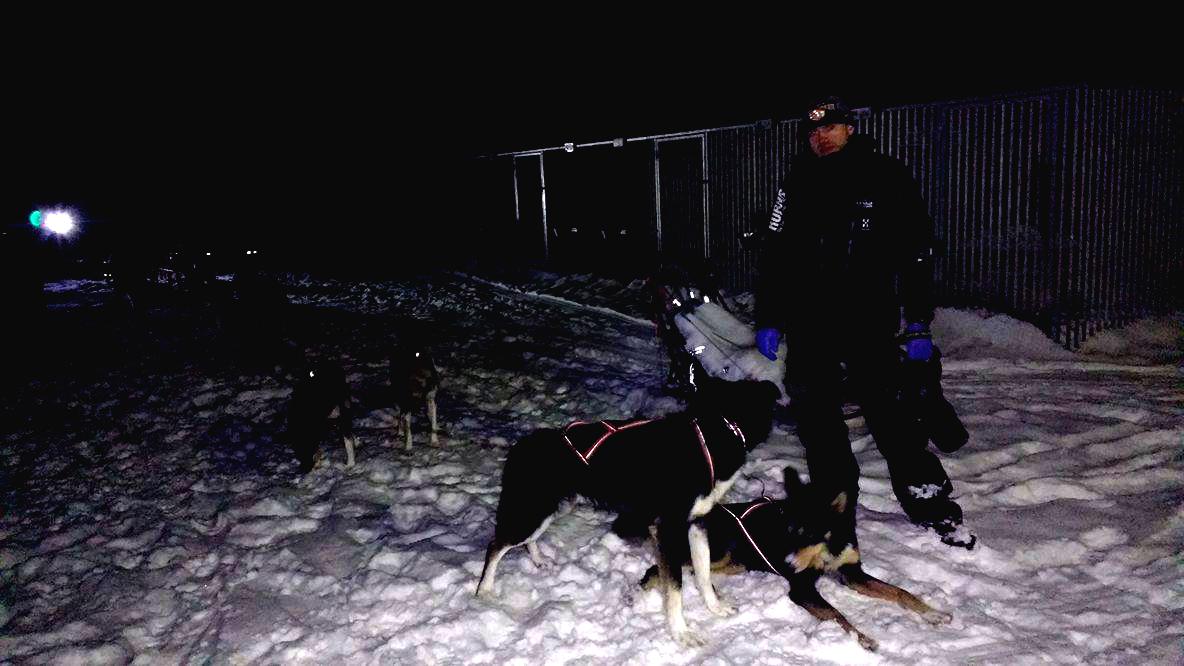 It’s the moment we’ve all been waiting for! Who won the Metsjövidda Fjäll Race?!

The suspense for the race results actually wasn’t too intense on the night of the closing banquet, as Petter had arrived home some hours before the rest of the pack, making him the clear 2017 Metsjövidda champion!

Editor’s note: Petter has asked that we clarify “hours? It was more like half a day”

He didn’t spend too long when he arrived savouring his victory, as once his team were fed and back in their kennels he went straight out again to check the other teams, who were driving the tough mountain trail through a second night of gale force winds.

In second place was Bent Oostendorp who was driving the rest of the A-Team. He had a mix of younger dogs, those who have come back from injuries and some very experienced A-Teamers. Bent was driving Lily, Phoenix, Easy, Brave, Skorpan, Gaga, Ghost, Piko, Jackpot, Demon, Speja, Yatze, Svartis and Ace.

We’re working to update the About The Dogs  section of our website so check back soon if you want to read more about the teams.

And then third was Malin Strid from Cold Nose Huskies who put in a fantastic performance with her team and who race vet José honoured with the award for the best dog care.

I asked Petter what makes this training race special. He said “the race crosses the mountains where there is no real trail. This gives the race something extra. It’s tougher to navigate, we just use the GPS”.

But so much more than just driving dogs goes into making a great race. Thank you to Holly Baars and Angela Stone Karlsson for their tireless efforts in making this race possible, whether when carrying essentials to the checkpoints, acting as race marshalls or essential support to the teams.  Without Angela’s incredible checkpoint hospitality we all might have left the Sörgården checkpoint on time 😉

Holly says “The race result is just one part of the story. The Metsjövidda Fjäll Race is getting better and better every year and I’m already looking forward to what the next year brings.”

Warmest thanks also to race vet José Luis Pedrero Bautista for his hard work and invaluable insight into the health and wellbeing of the dogs.

Well done everybody for your great performances in an extremely tough race! We can’t wait to see you all again next year.

Slussfors is a cosy village in the middle of the f

🌲 Between lakes and forests 🌲